← more from
Dischord Records
Get fresh music recommendations delivered to your inbox every Friday.
We've updated our Terms of Use. You can review the changes here.

by State Of Alert 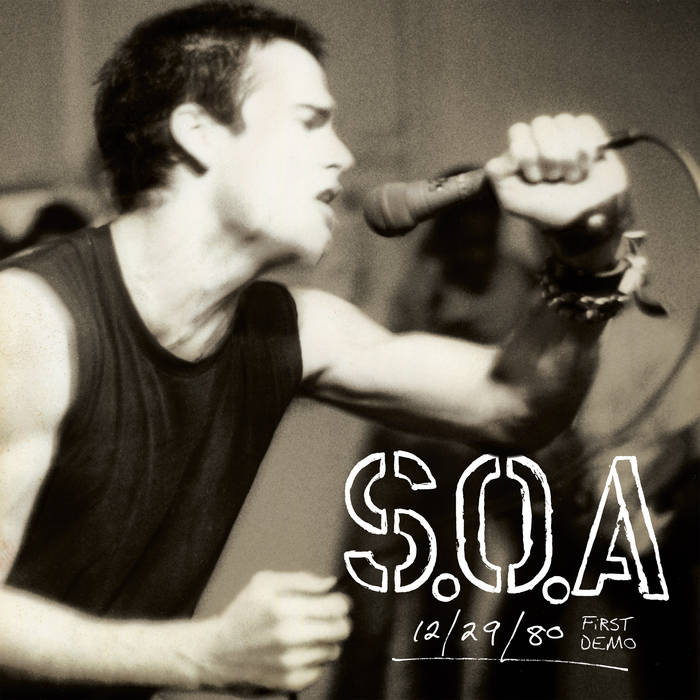 shadowzwillfall Survey says .... A MUST HAVE

This single collects the eight songs that S.O.A. recorded with Skip Groff at Inner Ear Studio in December of 1980 during their first-ever recording session. Two of the songs ("Disease" and "Stepping Stone Party") were originally released on the Flex Your Head sampler and "Gonna Have to Fight" was included on the band's No Policy EP. The rest are unreleased versions.

Henry Garfield formed State of Alert (S.O.A) in October of 1980 with guitarist Michael Hampton, bassist Wendel Blow, and drummer Simon Jacobsen. The band released 13 songs through Dischord — three on the "Flex Your Head" compilation record and ten on the "No Policy" EP, which was Dischord's second-ever release — and performed a total of nine shows before calling it quits in July of 1981. ... more

Bandcamp Daily  your guide to the world of Bandcamp